Tweet
Hey WORLD, want to see our to be
Tokyo Olympic Stadium? 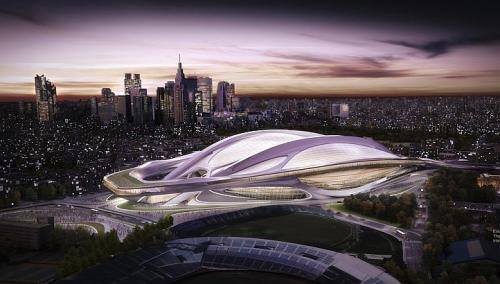 Not bad for a city that was complete annihilated along with 2 nuclear holocausts only 70 years ago.
Did I mention our new Sky Tree was the tallest in the world too?
What has volatile America been building?
..oh yes, I remember… “a very bad reputation”.

On this day, U.S. warplanes launch a new bombing offensive against Japan, dropping 2,000 tons of incendiary bombs on Tokyo over the course of the next 48 hours. Almost 16 square miles in and around the Japanese capital were incinerated, and between 80,000 and 130,000 Japanese civilians were killed in the worst single firestorm in recorded history.
http://www.history.com/this-day-in-history/firebombing-of-tokyo