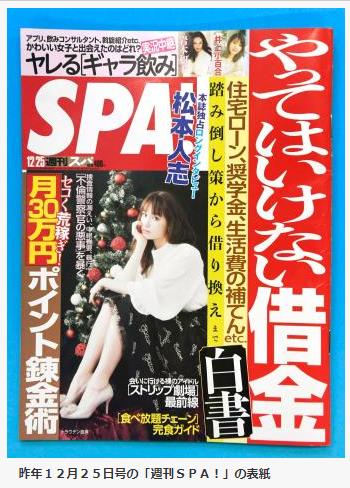 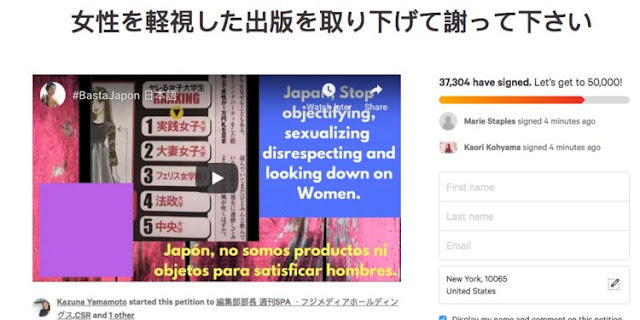 Japan Today
A weekly men’s gossip magazine “SPA!” published an article, “ranking the top 5 universities with the easiest girls and even suggested what to give them to drink to get them to have sex with you.”
“Kazuna Yamamoto, a 21-year-old university student, launched a petition on site Change.org with 38,000 signatures yesterday, so the magazine editor issued his ‘limp’ apology for using sensational language’.  Like…. it’s not what you said, its the WAY you said it?”
…some things about this culture make my stomach turn.
[read article1]
–
[readarticle2]